$100 Million Malpractice Suit Against Divorce Attorney Thrown Out of Court 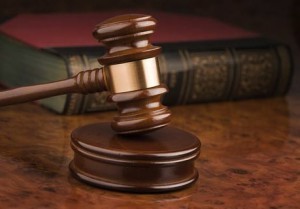 In case that likely represents the worst nightmare of any South Carolina family law attorney, one Nebraska woman's hopes were recently dashed when the state's Supreme Court threw out her $100 million legal malpractice suit against her divorce attorney. The woman, Mary Kay Young, argued that her attorney, Pamela Govier, had given her bad advice when she was told to accept a divorce settlement that resulted in a $3 million lump sum payment and $12,500 in monthly alimony for the next 10 years.

Now, many of you might be asking yourself who would complain about $3 million upfront and $150,000 a year? Young says she can, given that by signing the settlement agreement she missed out on potentially half of her ex-husband's $192 million fortune. Young's husband, Henry Davis, owned a major meatpacking company located in Omaha that made the man extraordinarily wealthy – wealth that Young feels she was unfairly denied.

The case is a strange one and dates back to 2006 when the couple's divorce was finalized. Prior to the divorce, the two had reached a settlement agreement with the advice of each of their own private attorneys. The agreement divided assets and set alimony as well as child support payments. Young claims her attorney failed to do due diligence and thus gave unsound legal advice when she recommended signing the settlement agreement.

The Nebraska Supreme Court affirmed a ruling by a lower court judge who found that Young had failed to prove negligence on the part of her attorney. The case is the second time the Supreme Court has waded into the couple's divorce dispute. Back in 2008, the Court found that Young could not take out a $1 million life insurance policy on her ex-husband as security for her alimony payments. The Court said that only the insured party can take out a life insurance policy and that to do otherwise could lead to dangerous consequences.

To avoid such problems in the case of your divorce, it's essential to hire a South Carolina family law attorney with years of experience handling complicated cases. A divorce attorney who knows the in's and out's of the process will best understand how to read financial disclosure statements without missing vital information. In family law, as in most things, experience matters.