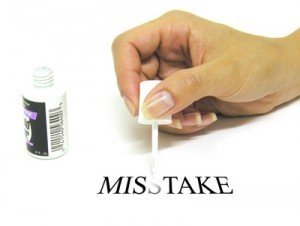 Divorce is a difficult process, even under the best circumstances when no mistakes are made by either party. However, in the typical case, each party will make certain mistakes no matter the amount of the advice, counseling, or warning they have received from their attorneys. This week we will examine the most common mistakes we see made by both women and men during the separation and divorce process. First, the three mistakes made most often by women:

1. Encouraging Children to Take Sides – This happens both consciously and unconsciously, but is equally harmful at the end of the day. Just because your marriage is over, does not mean that your children need their father any less. In fact, many studies show that children have increased needs from each parent when the parents separate. In many cases, children get their emotional cues from their mother, so when Mom's attitude is mostly negative about their father, children will pick up on it very quickly and interpret it as they way they should also response to Dad. Being a good “divorced parent” means more than just sticking the the visitation schedule. It also means supporting the relationship with the other parent even when the other parent isn't around. Regardless of the fault in the marriage, the children still have two parents and they should never be forced to believe they have one good parent and one bad parent.

2. Financial Irresponsibility – Many women struggle financially following a separation or divorce. Even in today's modern world, more often than not, the woman depended on her husband to bring in the bulk of the family's income, and even though she may be happy the marriage is over, she is probably not fully prepared to begin living on a substantially lower income.  The best thing a woman can do immediately after consulting with an attorney about her divorce is to also sit down with a financial advisor. Contrary to popular belief, not all financial planners are for people with tons of money. There are advisors in the community who specialize in helping those with modest incomes plan for their future, from learning to set a budget to planning for kids' college educations and your retirement. It is not enough to simply plan on a large child support or alimony payment each month from your ex. Neither of those is guaranteed to last forever, so having a solid, realistic plan in place for supporting your household without outside assistance is the best bet in the long term.

3. Using Your Attorney as Your Therapist – We all know the process of separation is a very emotional process. To pretend otherwise is simply foolhardy. Even when the divorce is a “good thing” for those involved, there is a still a grieving and adjustment process that must be worked through. However, with most divorce attorneys billing at $200-400 per hour, using their office as a place for you to unleash those emotions doesn't make a lot of financial sense. Also, while divorce attorneys are often called “counselors at law”, we are not typically trained psychologists, and therefore while we can offer you boxes of Kleenex while our billing clock continues to run, we can not often give you the type of emotional support or advice a trained psychologist can offer for a lot less money. Many family law attorneys have a list of recommended therapists in your area who are trained or specialize in providing support for those going through a divorce. Ask for recommendations and then make an appointment and use your legal funds to focus on the legal work which must be done on your case.

Tomorrow, we'll look at three mistakes most commonly made by men during divorce.