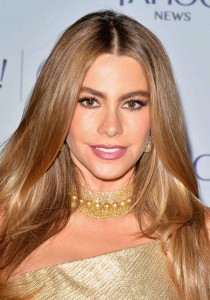 One of the stars of the hit ABC comedy Modern Family is embroiled in a legal dispute about her own modern family planning techniques. The issue involves Sofia Vergarabeing sued by her former fiancé, Nick Loeb, over ownership of two frozen embryos the couple created and froze while still together.

Loeb filed suit against Vergara in an attempt to prevent the actress from destroying two embryos the couple created during IVF and had preserved in case of their eventual marriage. Loeb says he always wanted to be a father and wants to do whatever he can to save these embryos. Loeb believes life begins at conception and that the two embryos thus cannot simply be thawed out and destroyed, which Vergara wants to do now that she and Loeb are no longer together.

According to court papers, Vergara and Loeb signed a document with the clinic that stores the embryos saying they would be thawed out in the event of either of their deaths. However, the documents did not provide details for what to do in the event of a separation, which resulted in the current dispute.

Experts say that such forms are typically better drafted and include provisions for dealing with more foreseeable scenarios, such as death, divorce, separation, disagreements, etc. Having such a well-crafted agreement would have clarified the issue in this case and avoided a messy and public court battle over the embryos.

Experts believe that Vergara is more likely to come out the winner. The reason is that a case out of Tennessee, between a recently divorced couple that fought over seven frozen embryos, has served as a precedent for many such disputes. In that case, the judge ruled in favor of the party that wanted to destroy the embryos. Since then, other judges often try to uphold the intent of any agreements previously signed by the couples.

In cases where there is no such agreement, courts will weigh the interest of both parties and often favor the person who is seeking to avoid reproducing, sparing that person from being forced into parenthood. In other cases, couples have reached settlements on their own to solve the problem. One party can donate their portion of the embryo to the other party, like a sperm or egg donor, and give up all parental rights in the process. In other cases, parties agree to donate the embryos anonymously to infertile couples.

No matter what happens, the case illustrates the importance of paying attention to the details when going through IVF. A bit of prevention in this case, in the form of a detailed agreement explaining what should happen in the future, could have avoided the entire dispute.

Source: “Who Owns The Embryos Sofia Vergara and Her Ex Created?,” by Justin Jones, published at DailyBeast.com.