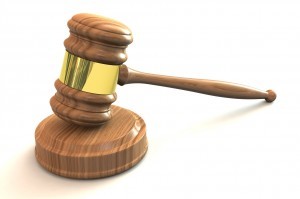 Equitable Division of the Marital Estate

Custody of the minor children

Upholding the family court's award of primary custody to Mrs. Brown, the Court of Appeals found that Mr. Brown failed to produce any witnesses or evidence to substantiate his allegations that Mrs. Brown was neglectful of the minor children's' medical condition; and the absence of any reference to the testimony of the pediatric endocrinologist in the family court's order did not require a reversal of the custody determination.

Mr. Brown's final issue on appeal concerned the award of attorney's fees to Mrs. Brown and the apportionment of the GAL fees.

The Court of Appeals affirmed the family court's award of attorney's fees, which required Mr. Brown to pay 61% of Mrs. Brown's attorney fees on the basis that the matter had been pending for 2 years, the trial lasted 3 days, the necessity of the time devoted by Mrs. Brown's attorney (considering the nature, extent, and difficulty of the matter, together with the fact that Mr. Brown hired 3 different attorneys), Mrs. Brown secured 49.60% of the marital estate and custody of the minor children, and Mrs. Brown's fees and costs were reasonable.

A copy of the Court's opinion in Brown v. Brown can be found here.

If you require further information on anything covered in this briefing, please contact our firm to make an appointment with one of our attorneys. Further information can also be found on the Division of Assets and Debts and Child Custody pages on our website.