Alimony for Stay at Home Moms Is on the Decline 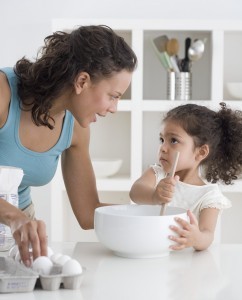 A recent article in Forbes discussed the trend showing alimony for stay at home moms is on the decline – along with others going through a divorce. Though alimony was once seen as common, it has become increasingly rare in recent years, to the point that even those with seeming justification often find themselves shut out when it comes to spousal support.

Alimony, also known as spousal maintenance, used to be frequently awarded in several kinds of cases. Divorces where one party substantially out-earned the other or those where one party stayed at home to raise the children were usually good candidates for alimony to be awarded, if not permanently, then at least for a number of years to ensure the disadvantaged spouse could get on his or her feet.

Today, experts say that it is not only less common, but downright rare for alimony to be awarded in many divorce cases. Even those that seem like slam-dunks for spousal support, where one party has not worked for years to stay at home with the children, are increasingly being met with less sympathy by judges.

So what are the reasons for the change? Forbes cited dramatic increases in the number of women in the workforce, with 75 percent of women working today. More than that, women now make up a higher percentage of college graduates than men and serve as the financial breadwinner in 40 percent of marriages. Even those women who have been out of the workforce for years are seen as having responsibility to provide for themselves – even if that means taking relatively low paid jobs and enduring a reduction in their standard of living.

Though there is a clear trend away from awarding long-term spousal maintenance, experts say there are still exceptions to the general rule. When one spouse is clearly suffering from a financial disadvantage and the marriage was lengthy, it is often the case that at least temporary alimony is awarded to help the person get established. Another exception is when one parent quits work to care for a severely disabled child, one that requires more than normal care and support. In these cases, it is less of a stretch to convince a judge to award alimony payments.