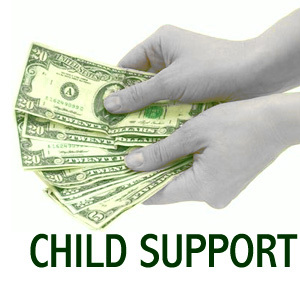 The phrase “deadbeat dad” has been thrown around for years and seen by many as a good way of describing those parents who fail to pay child support. The problem with the term is that it gives the distinct impression that the only people who fall behind on child support payments are fathers. In turn, that can lead to misguided ideas of fathers and allow some women to skate by without the same disapproval that is directed at men.

According to data gathered by the U.S. Census Bureau, “deadbeat mom” might actually be a more fitting term than deadbeat dad. While there are definitely more custodial mothers than custodial fathers overall, the data shows that women are more likely to fail to make child support payments than men, leaving the fathers stuck paying all the bills when it comes to the children.

The numbers show that in 2011 (the most recent year that figures were collected), there were more than 2.6 million custodial fathers in the United States. Of this total, a little over 750,000 had been awarded child support from the non-custodial mother. Of this group, 68 percent reported receiving some or all of the child support they were owed. Not too bad, but when you look at the numbers more closely you see that only 41 percent reported receiving the full child support payment, leaving nearly 32 percent of fathers who did not receive any child support money at all.

When it comes to women, the numbers aren't great, but are somewhat better. Out of 6.3 million custodial mothers, 4.2 million received child support. Nearly 44 percent receive full child support payments from the father (versus 41 percent for men) and only 26 percent (as opposed to 32 percent) received no money at all. Though the numbers for both genders could stand to improve substantially, it's clear that the problem of underpayment of child support affects both mothers and fathers. Referring to those people who fall behind on such payments as “deadbeat dads” fails to reflect the reality that both men and women are to blame.