Back to School Tips for Divorced Parents 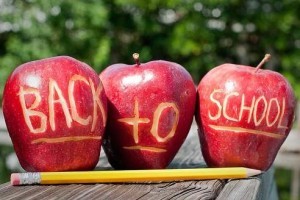 If you're going (or recently went) through a South Carolina separation or divorce case, you may be wondering when and how to tell others, like your child's school, about the split. Though most experts say that there's no reason to jump the gun and inform your child's school about your case before it has happened, it is generally a good idea to bring the school up to speed once it is finished and a custody agreement is in place. We hope the following back to school tips for divorced parents will be helpful to you.

There are certain instances where you should definitely let the school's administration know about the separation and important custody changes. One example is if there has been an Order of Protection from Domestic Abuse (sometimes called a protective order) filed in the case. In these cases, the school needs to be informed about who should and should not be allowed access to the child. Schools are aware of their responsibility to protect the children in their care, and your school may ask for certain specific documents to keep on file as proof.

Another case where it can be a good idea to keep the school informed is in contentious custody cases where visitation has been shared between parents. The school may benefit from knowing the physical custody or visitation schedule, so it can take steps to ensure that the children leave with the right parent on the right day.

Physical custody is not the only thing that matters, as schools should also be concerned about other relevant custody arrangements. For instance, what if one parent has been precluded by Court Order from having any contact with the child? While this only happens under extreme and rare circumstances, such as abuse and/or neglect, it does happen from time to time, and the school needs to be made aware of this and provided with a copy of the Order.

SC Code § 63-5-30 provides that unless prohibited by Order of the Court, both parents in South Carolina, whether the custodial or noncustodial parent of the child, have equal access and the same right to obtain all educational records and medical records of their minor children.  This same statute further states that both parents have the right to participate in their children's school activities unless an Order prohibits or restricts them from doing so.

So, unless there are prohibitions on both parents having information regarding their child, it might be a good idea to let the child's school know that you are living apart, so that the school can make the necessary accommodations, such as sending home two copies of report cards, schedules, behavior reports, and other pertinent information. That simple step can go a long way to keeping separated parents on the same page.

In addition to schools, others in charge of watching over your children should also be notified about important custody changes. Babysitters or day care providers should always be made aware of who should / shouldn't have access to your children and what to do if someone who has not been given access attempts to see your children while under their care.

Source: “What you need to know about divorce and school security,” by Gail Saukas, published atWOTV.com.