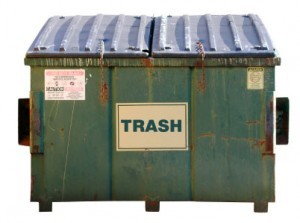 A very strange case out of Colorado showcases just how emotional (and irrational) people can become during a heated and bitter divorce. The case involves a Colorado Springs couple that decided to end their 25 years of marriage following a violent argument over money that took place earlier in the year.

The husband, Earl Ray Jones, says he was stressed about losing his government security clearance, and he decided to resign from his job as a defense contractor soon thereafter. He and his wife fought about the decision – a fight the wife says turned physical and left her with injuries.

Following the nasty exchange, the wife moved out of Colorado to live with family in Virginia, claiming that she was destitute after having been denied access to the couple's bank accounts and that she was unable to work due to a concussion sustained during the fight. For his part, Jones moved out of the family home to a nearby extended stay motel. After fuming about the fight and the demise of his marriage, Jones took a drastic action to ensure that he never had to give his wife a penny in any future divorce settlement.

According to a recently released deposition, Jones withdrew $500,000 from various savings and retirement accounts and converted them into gold, which he then threw away in the motel's dumpster. His wife's attorney says the matter came to light after the wife filed a motion to receive $3,000 a month in spousal support, an amount that has never been paid. Jones then came forward and said he had no money to pay his wife, given that all their money was now somewhere at the bottom of a landfill.

Records have been found to prove that Jones did indeed withdraw nearly $500,000 from his savings accounts and that the money was wired to an Arizona company called CMI Gold, which specializes in converting large amounts of money into gold bricks and coins. It's at this point that the record disappears and all the remains is Jones' version of events. He claims that after the gold was sent to him from CMI, he drank a lot of wine, ate a good meal, and took a trip out to the dumpster behind his Value Place motel where he pitched the 22 pounds of gold.

If his story is true, then Waste Connections, the company that handles trash from the dumpster, says that it was likely transported to a nearby landfill. Getting the money back will prove difficult if not impossible, because the landfill receives up to 30,000 tons of trash during an average month and the disposal took place more than six months ago. Experts say that even if the gold is found there could be a legal dispute given that waste management contracts in Colorado clearly state that anything sent to a landfill is considered property of the landfill. However, family law experts say that Jones' wife could reasonably claim that her husband did not have the authority to dispose of their martial assets and could thus stake a claim to any amount recovered.

The real trouble is that the wife's attorney, and many other observers, believe that Jones is lying. They believe that rather than throwing the money into a dumpster, he simply hid the gold and that only Jones knows where it is. The wife's attorney says that he will use every possible means of leverage, including the threat of jail time, to try and force Jones to reveal the location of the money.