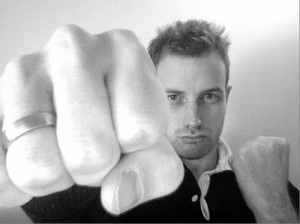 Visitation exchanges can be one of the most frustrating weekly events in any separated or divorced couple's week. They can ignite old resentments, old arguments, and old pet peeves in a matter of a few moments in each other's presence. However, visitation exchanges also include the children, and therefore the parents' behavior is not only on display in full force, it takes center stage because the children are, more than likely, just as on-edge about these exchanges as the parents.

Needless to say, police were called and Father was arrested after an investigation of video footage of the incident revealed what took place. At the time of the report, Father was being held in jail on a $20,000 bail.

Unless otherwise agreed by the parties or ordered by the Court, it is not typically acceptable to bring along new paramours to visitation exchanges. Parents should always remember that visitation exchanges should be a time for them to quickly and civilly exchange their children; discuss any information that may be necessary for each other to know about the children; and to make sure the children are allowed an appropriate environment to say good-bye to one parent and hello to another. There are times when bringing along a witness to exchanges is necessary, advisable, and sometimes is ordered by the Court in cases where the parents' relationship is so volatile, they can not be trusted to conduct themselves appropriately. However, in such cases, it's important to choose the witness carefully to ensure it is someone who will have a calming effect on the parties to the exchange rather than inflaming the situation further.