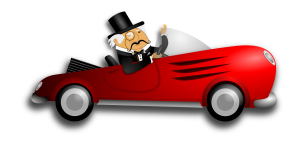 Most people going through a South Carolina divorce realize that child support in the state is determined by the Child Support Guidelines that plug in both parents' incomes as well as certain other expenses associated with the child. The correct amounts are determined and entered, and the Guidelines determine the appropriate child support amount. This ordinarily works, but there are exceptions where they do not, one of which is for high-income earners.

Though it's certainly a good “problem” to have, many people don't realize that the South Carolina Child Support Guidelines come with a cap on the parties' combined income. Beyond that capped amount, the formula stops working, and the Court must determine support in a different way. To find out more about child support for high income earners, keep reading.

So what is the cap? According to the most recent Guidelines, the current child support calculations include numbers up to a combined gross monthly income of $30,000, or $360,000 per year. That means someone with a successful small business, doctors, dentists, attorneys, or other professionals, may find themselves capped out, unable to rely on the normal calculations to determine their child support amounts.

So what happens if you are one of the people who have exceeded the cap on income under the Child Support Guidelines? Does it mean you don't have to pay? Not so fast, as the law says that in these cases the Court will have to do some math on its own. The Guidelines are clear that when income falls outside of the range, Courts will determine child support awards on a case-by-case basis. What does that mean exactly? It means that there is no one-size-fits-all answer. Usually, both parties will attempt to explain what they think it costs to raise and support the children in question in light of the parties' incomes. In other words, the parents attempt to convince a judge that the child's “needs” justify a larger child support award, and most judges are reluctant to award massive sums of money just because the other parent could afford to pay it.