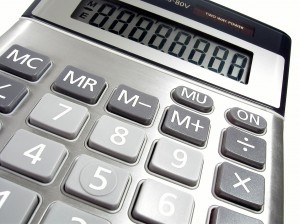 One of the few constants in family law is that the Court must address child support in every case involving child custody and visitation. However, determining the correct amount to be paid is not as simple as you might think. Do you know the basics of calculating child support in South Carolina?

South Carolina's Child Support Guidelinesare based on the Income Shares Model, which was developed by the Child Support Guidelines Project of the National Center for State Courts. This model is based on the theory that the child should receive the same proportion of parental income that he/she would have received if the parents lived together. It calculates child support as the share of each parent's income which would have been spent on the children if the parents and children were living in the same household. The shares are based on the amount of money ordinarily spent on children by their families living in the United States and adjusted to South Carolina cost of living levels.

South Carolina Code Section 20-7-852 provides that in any proceeding for the award of child support, there is a rebuttable presumption that the amount of the award which would result from the application of the guidelines is the correct amount of child support to be awarded. However, a different amount may be awarded upon a showing that application of the guidelines in a particular case would be unjust or inappropriate.

Some of the possible reasons listed in the Guidelines as a basis for deviation include (but are not limited to) the following: educational expenses for the child(ren) or the spouse; families with more than six children; extraordinary travel expenses for court-ordered visitation; unreimbursed extraordinary medical/dental expenses; significant available income of the child(ren); substantial disparity of the parents' incomes; or agreements reached between parties.

Generally, the factors that are used in calculating the child support under the Guidelines are the actual gross income of each parent (or potential income if unemployed or underemployed); any award of alimony between the parties; any other alimony or child support payments being made pursuant to a previous or existing court order; additional natural or adopted children living in the home (but not step-children); cost of health insurance for the child(ren); work-related childcare expenses; and number of overnights spent with each parent.

The South Carolina Department of Social Services maintains an online child support calculator that can be used to approximate the amount of child support in any given situation, which you can access here. However, virtually all of the attorneys and judges in South Carolina use Traxler's Child Support Calculator 2014, which is more accurate than DSS's online version. When calculating child support in South Carolina, keep in mind that only the general factors are listed above. Every case is unique, and there are many other items than can drastically impact the calculations.