Can a Parent Move a Child Out of State Without Permission? 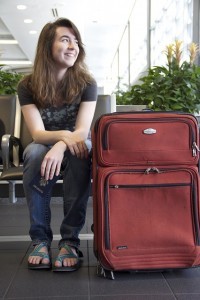 A common fear among divorced parents is that after everything regarding child custody is finally settled and done, the other parent may get a new job or meet a significant other that makes them want to move out of state. Even in the best of circumstances, such a move can be hard, and it is made far worse when parents share custody of their children. No matter how much the parties may want to work with each other, the simple fact is that children cannotbe in two places at once and sacrifices will have to be made by someone. Can a parent move a child out of state without permission? What does the law say about relocations in these circumstances?

What about in-state moves?

In South Carolina, courts are much less likely to prohibit custodial parents from moving to a new location within the state. One exception to this is if there is a clear and compelling reason to prevent such a move. Another exception is if the parties previously agreed between themselves to such a restriction. In that case, the court will enforce the privately agreed upon terms. Relocations within South Carolina, while potentially inconvenient, will likely be allowed to move forward.

What about out-of-state moves?

Far more complicated, for obvious reasons, are out-of-state relocations. These cases require judges to consider a variety of factors, such as the possible advantages of the move. For instance, things such as the benefits of a new job and the improvement in quality of life for the children should be considered. Judges must also consider the reasons that the other parent is attempting to block the move. Has that parent been involved in their children's lives thus far, or does this seem more like an attempt to punish the former spouse than spend more time with the kids?

Judges should also consider the ability of the parents to create an alternative arrangement that will allow the noncustodial parent to continue having contact with the children. It is highly unlikely that the Court will allow the child to simply move away and never see the other parent, unless the other parent is barely involved in the child's life. Whether agreed upon between the parties or ordered by the Court, some kind of accommodations will need to be made to ensure that the best arrangement for the children is reached.