Can a Person With Dementia File for Divorce? 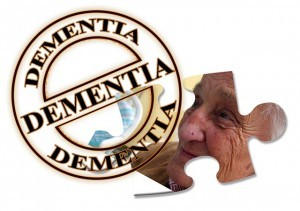 Can someone suffering from dementia legally file for divorce? It's a complicated question that is currently at the center of a major dispute in Florida. The case in Florida involves a man, his three adult children, and his wife of seven years fighting over the man's $50 million fortune. The children and the husband say that he wants to divorce and that the wife should be left with very little, as described in the prenuptial agreement. The wife claims she wants to remain married and that her husband is legally unable to file for divorce, given his severe dementia.

A judge is currently wrestling with these issues, and many are curious to see the outcome. If the couple remains married and the husband dies, the wife will walk away with $10 million. If they divorce, the $10 million will instead go to the children. Both sides agree that the large amount of money on the line has raised the stakes and contributed to the hostility of this case. So, can a person with dementia file for divorce in South Carolina?

Similar issues have arisen before in our state. In a case from 1993, Murray v. Murray, a severely incapacitated man's son, who had been appointed as his guardian, tried to file a divorce in his father's name. The South Carolina Supreme Court eventually forbid such an action, saying that a divorce could not be filed when the party was incompetent. The theory behind their ruling is that a divorce is such a uniquely personal legal action that a guardian should not be allowed to initiatesuch proceedings.

In South Carolina, the Court has made it clear that divorce should not be allowed where thePlaintiff is incapable of exercising reasonable judgment or is not able to understand the nature of the action. The Plaintiff must also be able to express his or her own desire to dissolve the marriage. Without this consent, a Guardian ad Litem will be given the ability to make these important decisions on behalf of another person.

Source: “Can Florida man with dementia file for divorce?,” published at WPXI.com.