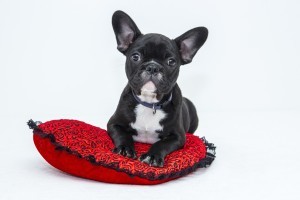 Times must be tight in Mandy Moore's house after court documents revealed that the actress/singer asked her husband, singer Ryan Adams, to help out with pet expenses. Though most people have heard of child support or alimony (also called spousal maintenance), this case is an interesting example of a kind of support most couples (thankfully) never encounter: pet maintenance.

Moore and Adams, who have been married for a little over 6 years, first revealed their intention to divorce last January. It's taken a few months since then for discovery to happen and motions to be filed, and it now appears Moore is requesting some serious financial support from Adams. Specifically, Moore is asking for spousal support and making the claim that a specific component of this support should be dedicated to the maintenance of the couple's pets.

How many pets, you might be wondering? Eight. Six cats and two dogs, to be precise. Moore says that when the two separated, Adams said he would help pay expenses related to the pets, but that he has so far failed to live up to his promise, leaving her to support the pets on her own.

Moore claims that she needs Adams to pay spousal support given their disparity in income. Moore claims that Adams earns a little over $150,000 per month, while she must make do on less than a quarter of that amount, which would be approximately $35,000 a month. Moore hopes that an order of alimony would help make the split more equitable and allow her sufficient financial resources to support the cats and dogs.

Though there's no such thing as “pet support” in a South Carolina divorce, it is possible that costs associated with pets (or other things) could be built into the amount one spouse pays in alimony or other spousal support. That being said, these expenses would need to be justified and, while $35,000 is less than $150,000, the reality is that many judges will turn a skeptical eye towards a claim that $35,000 a month is too little to pay for some cat food.