Can Fathers Get Custody of Their Children in South Carolina? 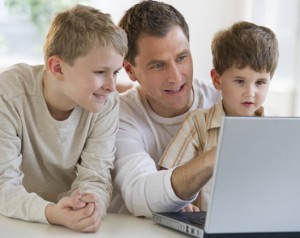 “Can fathers get custody of their children in South Carolina?” This is one of the questions we are asked most often, because there is so much misinformation out there about this subject. Many wrongly believe that the chances of a man getting custody in our state are slim to none, with the prevailing view being that judges favor mothers over fathers. While it is true that women have historically been awarded primary custody more often than men, times have changed and the law now treats parents equally in a South Carolina custody case.

The reality is that while things may have been different decades ago, today, fathers in South Carolina are absolutely able to win custody in a disputed case, and our attorneys have helped many fathers get custody of their children over the years. Many years ago, Family Court judges would grant mothers custody of young children unless there was a compelling reason not to do so. However, this “Tender Years Doctrine” was abolished by South Carolina Code Section 63-15-10. Today, gender is not included among the many factors listed in Section 63-15-240(A) that our judges are required to consider when making a child custody determination. Men and women are equally able to raise and care for children and the law has finally caught up with this reality.

Statistics gathered by government agencies confirm the trend towards more equitable treatment for men in child custody decisions. According to the Census Bureau, more than 18 percent of fathers now have primary physical custody of their children. Though this is still less than the percentage of women who have primary custody, it is vastly higher than the rate only a few years ago. Back in 1993, only 6 percent of fathers had primary physical custody of their children, so there has been a dramatic increase in a relatively short period of time.

The good news is that South Carolina fathers interested in maintaining an active role in their children's lives stand a very good chance securing that time. Hiring an experienced South Carolina family law attorney can help assure that you present the best case possible when tackling complicated custody issues. You are invited to contact our office today at (864) 598-9172 to discuss scheduling a consultation to discuss your child custody case and the options available to you.