Can A Mother Revoke Consent In A South Carolina Adoption? 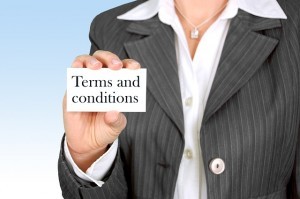 Anyone considering adoption likely knows or has heard how long and exhausting the process can be. There are numerous forms to fill out and endless decisions to be made; there are home inspections and meetings with birth mothers and long waits.

After many months and often many expenses, it can be a huge relief to finally find the right match. The worry for many adoptive parents is that the ordeal may not really be over. After getting so close to the end, many fear the mother may have a sudden change of heart, revoking consent at the last moment and shattering your dreams. How likely is this in South Carolina?

The general rule is that once a parent has given his or her consent to an adoption, it is very hard if not impossible to take that consent back. In fact, all states but Massachusetts and Utah make revocation possible in only a very narrow range of circumstances. In South Carolina, Code Section 63-9-350 deals with the subject of withdrawal of consent and lists the acceptable reasons for revocation.

First, consent can be revoked only in those cases where it is in the best interest of the child to do so. This happens in cases where there is evidence of either fraud or coercion. This means that if an adoptive parent lied or withheld critical information in an attempt to trick the birth parent into giving consent, that consent could later be revoked if the fraud were revealed. The same is true if the adoptive parents somehow forced a birth parent to consent to an adoption against their will.

Finally, consent can only be revoked up to the point that a final decree of adoption is entered. Once that happens, any consent or relinquishment becomes irrevocable. Lawmakers did this to provide stability for the new family, drawing a clear line in the sand at which challenges to the adoption would not be allowed to destabilize the new family.