Can One Parent Deny Visitation To The Other? 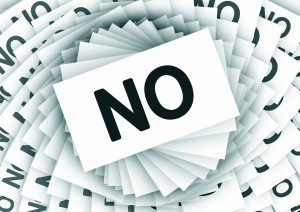 Many people worry that once a child custody case is finalized, there's less incentive to remain on good behavior. The fear is that without a judge and court looming over you, it's easier to ignore parenting plans and visitation schedules and simply make up your own rules, potentially even denying visitation. Can one parent deny visitation to the other?

The short answer is absolutely not. If there is a court order granting visitation to a parent, then the custodial parent cannot violate its terms without repercussions. If the custodial parent decides to withhold visitation in violation of the order, he or she faces the possibility of facing a contempt case and having to explain himself / herself to a judge.

Sort of, but not really. There may be some “wiggle room” if the visitation order lacks in specificity. For instance, if your visitation schedule says something like “Visitation will take place by agreement between the parties” then it is possible that one parent to prevent access to the child on some occasions, claiming that there was no mutual agreement between the parties at that time. This is a good illustration of why it's so important to have specific and detailed parenting plans, to avoid as many of these kinds of loopholes as possible.

What can a parent being denied visitation do?

If you are being prevented from spending time with your child due to interference or obstruction from the other parent, it is important that you take action. First, you need to be sure to clearly document each and every time such a denial of access happens. It is important to create a paper trail, either by keeping your own records or, if the situation has truly progressed to such a point, obtaining a police report. The more clearly you can prove to the court that the other parent is abusing his or her position, the more likely it is that the court will take action to prevent that parent from continuing to deny access to the child.