Can You Take a New Job to Pay Less Child Support? 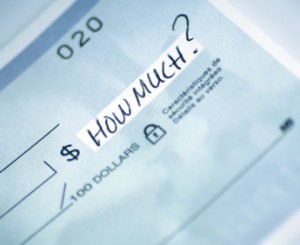 In some South Carolina Family Court cases, resentment can exist between the person paying child support and the person receiving it. The person paying often feel that the amount they are required to pay is too high, especially if they believe that the other party is misusing the money or spending some of the money on him or herself. As a result, the payor often thinks that taking a job that pays less may solve this problem. They believe that even though they'd earn less, their support obligation would fall as well. However, don't race off to quit your job to pay less child support just yet.

Though the idea of quitting your job completely or taking a lower paid position may seem like the solution to paying too much in child support, the reality is you may find yourself in an even worse spot than before. This is because in South Carolina, our Child Support Guidelines distinguish between job losses and job changes that are voluntary versus those that are involuntary. If the job loss was involuntary, it may result in reduced child support payments, because it would not be equitable to penalize someone for being laid off.

However, if the court determines that the job loss/change was the result of a voluntary decision, a reduction will almost surely not happen. Voluntarily choosing to take a lower paying position is typically viewed by Family Court judges as an attempt to manipulate the child support process and is thus strongly discouraged. In fact, the South Carolina Child Support Guidelines clearly state that if a court finds that a parent is either voluntarily unemployed or underemployed, it should calculate child support obligations based on the potential income the parent would otherwise ordinarily have.

This calculation is known as imputing income to the parent paying child support using his or her earning capacity. This is done by determining the employment potential and probable earning level of the parent, which will encompass things such as the parent's previous work history, education, occupational qualification, and the current job market to determine what level of income to impute. Rather than try to scam the system, it is much easier to pay the support you are ordered to pay, because trying to manipulate your support by taking a lower paying position can have the unintended consequence of leaving you with less money and the exact same child support obligation.