Can You Deviate From Child Support Guidelines in South Carolina? 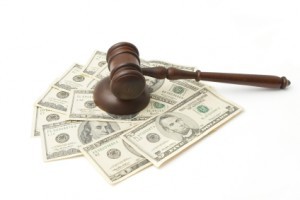 If you've done some research, you probably know that child support in South Carolina (and most of the rest of the country) is calculated by using a set of guidelines prepared by state officials. These guidelines rely on a formula to balance income and expenses and then apportion the costs of raising the child fairly between the parents. However, the formula may not produce a number that suits your particular situation and/or the parents may want to mutually agree upon a different number from that calculated by the guidelines. If that happens, can you deviate from child support guidelines?

The short answer is “usually”. In South Carolina, the Court will typically allow parents to deviate from the Child Support Guidelines in most cases. The guidelines are widely used and are designed to lead to more consistent child support awards, thus doing away with the risk of widely diverging results and unfair decisions. However, the guidelines were never intended to be hard and fast rules, and the Court will usually allow parents to alter the amount of child support if they can show a good enough reason exists to do so.

Deviation from the results of the guidelines can occur, but such deviations are seen as the exception rather than the rule. When deviations are made, judges typically include a written finding in the Order explaining the basis for and extent of the variation to confirm that they thought through the divergence with the usual guidelines.

Some examples of situations where deviations are allowed include things like educational expenses (such as private schools that are not accounted for in the state's child support guidelines), extraordinary medical expenses, families with more than six children, and families with substantial disparity in incomes.

Finally, courts can also authorize a deviation if the two parents agree to it. Courts are allowed to deviate based on an agreement between the parties provided that the chosen deviation is reasonable and in the best interest of the child. Though some latitude is given to parents to work this out amongst themselves, parents are not allowed to waive child support altogether.