What Can’t You Do With a South Carolina Prenuptial Agreement? 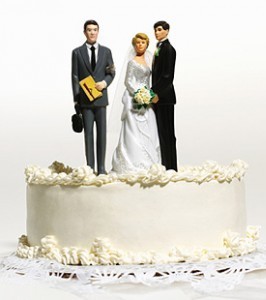 Prenuptial agreements are powerful tools that can be used to settle some contentious issues before couples are even married, ensuring that important decisions are resolved while couples are calm and not during the heat of a bitter divorce. For this reason prenuptial agreements can be extremely useful for a wide array of people, regardless of their financial circumstances.

Though prenups are great tools that can make divorce easier and less uncertain, there are limits to what prenuptial agreements can do. It's important to understand what a South Carolina prenuptial agreement can and cannot do, so you are fully informed before deciding to hire an attorney to draft such an agreement.

No child support – Prenups cannot be used to set an amount of child support that will be paid in the event of a South Carolina divorce. This is because our state has Child Support Guidelines, which considers the factors existing at the time of divorce, not the incomes you had years prior to the divorce.

No child custody – Similarly, child custody issues also cannot resolved through a prenuptial agreement. In South Carolina, child custody arrangements are decided according to the best interest of the child at the time of divorce. You cannot get around this by using a prenup, and the Court will likely not allow any attempt to do so.

Nothing illegal – Finally, prenuptial agreements cannot be written to include illegal provisions. This means nothing in the agreement can require a spouse to do (or not do) something that would be illegal. Even if both parties agree to the provision, it will still be tossed out by a Family Court as against public policy.