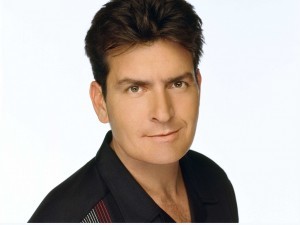 Celebrity divorces and child custody fights have long tended towards the bizarre. Odd alimony requests, weird visitation schedules and curious clauses inserted into divorce agreements are almost commonplace in Hollywood. In yet another odd case, it was revealed that Charlie Sheen has entered into a very unusual, and unusually supportive, child custody and support arrangement with his ex-wife Brooke Mueller.

In a case that many hope serves as an example to ordinary divorcing couples, Sheen has agreed to pay Mueller $25,000 a month in child support, an agreement that was reached outside of court between the two parties. Other than the large amount of money, what makes this so unusual? What's strange is that Mueller does not actually have custody of the two kids, yet she will be receiving the money anyway.

When Sheen and Mueller broke up in 2011, the couple's two sons were initially placed with Mueller. However, the Los Angeles Department of Children and Family Services intervened soon thereafter and removed the children from Mueller's custody following her hospitalization due to a drug overdose. The boys were then placed in the custody of Sheen's first ex-wife, Denise Richards.

Since then, Mueller has finally emerged from her drug rehabilitation center, and she is attempting to get her life together. As she secures housing and a job, her goal is to eventually regain custody of her two young sons. In a surprisingly generous move, Sheen said that he wanted to make sure that he did not hamper Mueller's attempt to get clean by depriving her of money that she needs to stabilize her life and get her children back. To that end, Sheen will be forking over thousands of dollars every week to his ex-wife without any family law judge ever ordering him to do so.

The situation between Sheen and Mueller is very rare according to almost any South Carolina family law attorney. Normally, a parent would have to have custody of the children before they could receive child support payments. However, in some rare cases, a parent without custody could continue to receive support payments if a family law judge decides that the payments are in the children's best interest and that the loss of custody is only temporary.

The case is a rare example of a divorced couple working well together and truly looking out for the best interest of the children. Though Sheen could have refused to give Mueller any, much less such as large amount of support, he instead chose to work with her and to do his part to ensure her success. If more couples facing a South Carolina divorce behaved the same way, the process of dividing assets and setting visitation schedules might go much more smoothly.