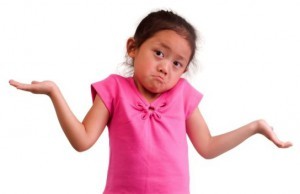 In child custody cases in South Carolina, one common question from parents is “At what age can a child choose which parent he or she wants to live with?” Some states do designate such an age, like Georgia, but thankfully, South Carolina doesn't have a “magical age.”

You may be wondering why it's a good thing that South Carolina lacks an age of custody election. First of all, it's because many children are not emotionally up to the task of wading into a custody fight. Even older teens often lack the ability to truly understand the implications of their actions, and all too often they make decisions that are good for them in the short-term but may cause harm over the long haul. By not allowing children to make such an important decision at such a young age, South Carolina family law judges are trying to shield kids from the possible negative impact of such a choice.

Now, just because there is no magic age upon which a child can decide his/her own custody arrangement, it does not mean that South Carolina Family Courts do not care what children think. Far from it. South Carolina law says that judges can consider the preference of all children regardless of their age. The good thing about the law in our state is that judges are also given the power to weigh the reasons for a child's desire to live with one parent or another.

According to South Carolina law, family law judges must consider the child's reasonable preference for custody when determining the best interest of the child. A judge can make his decision based on factors such as the child's age, experience, maturity level, judgment, and ability to fully express a preference. Having a qualified, experienced Guardian ad Litem can also provide the Court with valuable information and insight to assist in this process.

The fact is that custody decisions are among the most difficult made by any judge in South Carolina, often having far reaching impacts on people's lives. The agonizing choices can change children's lives forever and, given the importance of the choice, should not solely fall on the shoulders of a young child.