Children Sent to Jail in Case of Extreme Parental Alienation 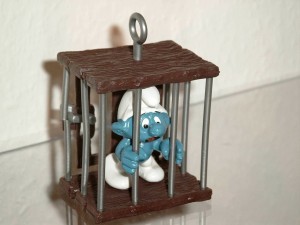 Parental alienation is a serious problem, but usually the alienating parent is the one punished his/her actions. In a troubling case out of Michigan, three young children between the ages of 9 and 14, were each sent to juvenile detention after failing to speak to or have lunch with their father. The judge in the contentious case, Lisa Gorcyca, held all three in contempt of court for violating her direct order that they spend time with their dad.

News reports indicate that the trouble began many months ago when the parents, one a prominent engineer with GM and the other a pediatric eye doctor, decided to divorce. From the very beginning the father accused the mother of poisoning the children against him, saying that she had worked hard to alienate the children by inventing stories of past abuse. Judge Gorcyca agreed, eventually sympathizing with the father, deeming him “a good man” and comparing the mother to Charles Manson.

Things reached a climax earlier this summer after the judge ordered all three children to talk to their father, an attempt to open up closed lines of communication. They refused. At a recent hearing, the judge demanded to know why they had not done so, and the 14-year-old boy said that he would not speak with him because he's abusive. With that, Judge Gorcyca sent the child to juvenile detention. Immediately after, she asked the 9 and 10 year olds if they would eat lunch with their father in the courthouse, giving them a chance to avoid detention. Both refused and both were sent to juvenile detention along with their older brother.

The detention was not intended to be for a short time either. The judge said that the children would remain in detention until the end of the summer and even then she could decide to continue the contempt of court once school has begun. The mother was also ordered not to see the children while they are being detained, an attempt on the judge's part to diminish the hold the mother appears to have over the children.

UPDATE: Since this story originally hit the headlines, the Judge has rescinded her original contempt findings and ordered the release of the three children involved.  Rather, the Judge agreed with the Guardian ad Litem for the children and their father that they should spend the remainder of the summer at summer camp.  It is still unclear what will happen to the children once the camp concludes, but it is clear that the custody battle waging over their best interests is still on-going.

The case is a truly sad example of how custody disputes can go awry when parents are unable to cooperate with one another. Not only do the parents suffer, but the children are placed in the middle of the dispute and face serious consequences themselves. No one benefits from such nasty fights and they should be avoided at all cost.