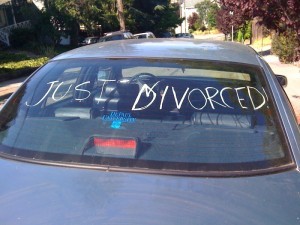 The Connecticut House recently passed an important measure that would make it much easier and much less expensive for certain couples to secure a divorce. The legislation was approved by an overwhelming majority of legislators, a group that felt the rules made things unnecessarily difficult for young, childless couples without many assets to fight over.

The measure, which passed 135-12, says that couples meeting certain stringent qualifications can now apply for a fast track when it comes to divorce. The fast track allows these couples to avoid the current 90-day waiting period for divorces in Connecticut, and it allows a judge to grant a divorce without a hearing, so long as all the parties agree. The hope is that the entire process can move along more quickly, with family courts flagging these cases as fast movers, expediting the sometimes lengthy wait.

So who are the lucky couples that get to apply for the fast track divorce? First, the couples must not have any children. The reason is that children require careful scrutiny by judges to ensure their best interests are being looked after. Second, the couples must have been married for eight years or less, as alimony/spousal support typically is not an issue in these relatively short-term marriages.

Next, the couples must not jointly own any real estate and have less than $35,000 in marital assets. The more assets a couple has tying them together, the longer it will take for all of the financial threads to be unwound. The expedited process is only meant for those that can truly make a quick, clean break.

Finally, to qualify for the fast track divorce, couples must agree to a non-adversarial split. This means no fighting over any items. So long as the couples are both willing, the court system will allow them to speed along the process. The goal is to save not only time, but in doing so, money. Whether this helps, by saving money, or hurts, by leading people into ill-considered and potentially costly quickie divorces, remains to be seen.