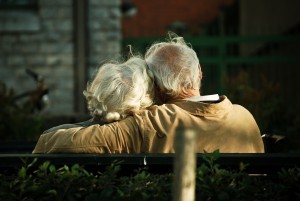 As we've chronicled many times before, there has undoubtedly been an increase in the number of couples divorcing later in life (often called “gray divorces”). As times have changed and generations shift, the number of seniors experiencing divorce for the first time has exploded. Where previously divorce was nearly unheard of in older couples, seniors are now divorcing at noticeable rates. Beyond the emotional turmoil these divorces can cause, there are special challenges that senior divorces face that other, younger couples don't.

The first thing to know about older couples divorcing, is that alimony is granted far more often than in divorces between younger couples. If the couple has been together for decades and/or one spouse has never worked (or worked much less) for most of that time, then his or her request for alimony will be far more compelling from a judge's perspective. Long-term marriages are far more likely to result in alimony awards than those marriages that have lasted five, 10 or even 15 years.

Another thing that older couples should keep in mind is the impact that divorce can have on their retirement security. When couples divorce in their 20s or 30s, they still have decades left to build (or rebuild) their retirement accounts. However, when you divorce in your 50s or 60s, you have substantially less time to rebuild your nest egg, which is likely a much larger amount. Because retirement funds accumulated during the marriage are considered to be a marital asset (regardless of whether the employee or the employer made the contributions), having the guidance from an experienced divorce attorney is particularly important if you hope to avoid a big financial hit and achieve a successful outcome.

Fighting over the marital home is nothing new, and it occurs in divorces with people of all ages. However, it can be even harder for some spouses to walk away from a house that they have called home for decades. That being said, it is critical for parties to understand if they fight to keep the house (or any other specific asset), they should be prepared for the possibility they will have to give up something else in return. There's a finite pool of marital assets and debts that will need to be divided, and by keeping the house, the other spouse will typically have to compensated with increased sums elsewhere, likely in cash or retirement funds. Though there's no right or wrong answer, just be aware what you're giving up when you fight to keep your home.

Source: “7 Things to Know About Divorcing During Your Senior Years,” by Maryalene LaPonsie, published at USNews.com.