Surprising Percentage of Couples Say They Stay Together for the Kids 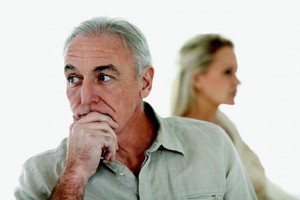 Should a couple stay together for the kids? It's something that you've probably have heard people give as an excuse for why they stayed in a bad marriage. Though the sentiment is widely known, it may surprise you to realize just how many couples claim to feel this way. Worryingly, many experts doubt that this decision is actually better for the kids in the long run.

Surprisingly, a survey recently discussed in a British newspaper reported that 25 percent of all married couples say they are only together for the sake of their children. Additionally, this same group says they intend to divorce once their children are grown and out of the house. Those surveyed say that they are afraid of the impact a divorce could have on their children, and they believe that remaining together, despite the absence of love, is ultimately better for the kids.

The major reasons given for these unhappy relationships include a range of factors, including infidelity, lack of intimacy, growing apart, and becoming more like friends. However, despite their unhappiness, many believe that they are able to continue the marriage for potentially years to come – all to benefit their children.

So what do the experts say about the desire to stay together for the kids? Experts say that this desire to protect children is natural, but it may be misguided. Too often the decision to stay together despite deep unhappiness can have long-term effects on children that takes time to fully appreciate. Experts point out that children (even young ones) are incredibly perceptive, and that they can sense the tension in the family. Even your best efforts to hide your unhappiness can be detected by your children, which can lead to stress on their part.

In addition to stress, children may feel lied to by their parents once the divorce ultimately takes place, which can result in them having trouble trusting others. Also, some experts point out that setting an example for the children of remaining in bad relationships at all costs can lead to future relationship problems for the children, who emulate the behavior they grew up watching. Though it's understandable that someone would want to try to do anything to help their children, it isn't clear that staying in a bad marriage is actually helping anyone.

Source: “Quarter of married couples admit ‘only being together for the kids' and plan to divorce once their children grow up,” published at DailyMail.co.uk.