The Dangers of Do It Yourself Divorce in South Carolina 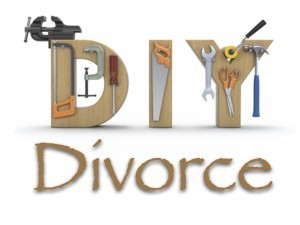 With the rise of online “do-it-yourself” sites that claim to enable individuals to easily handle legal matters without the help of an attorney, many people have been emboldened to give it a try.

These sites charge small amounts of money to provide fill in the blank form documents that allow people to handle all kinds of cases, including divorces, without a lawyer.

Though this might appear to be beneficial in some simple and amicable cases, there are a host of drawbacks that can rear their ugly heads and cause devastating problems for years to come. Let's explore some of the potential dangers of do it yourself divorce in South Carolina:

One of the most common problems with going it alone is the potential for making crucial mistakes when filing and pursuing your legal claim. All too often, the form documents provided by online websites are outdated, insufficient, or simply wrong. Far too often, individuals print and fill in forms, only to later find themselves turned away by the Clerk of Court for failing to follow the requirements set out in the Rules of Civil Procedure and Family Court Rules – mistakes that an experienced attorney would never make.

Another problem often seen in cases where parties try and handle their own divorce cases is speed. Though you may think it will be faster to file a case on your own, it can actually end up taking much longer than anticipated. Experts say it is common for people to quickly go file a petition for divorce, only to then watch as the process bogs down, with neither party understanding the law well enough to move things along with sufficient speed. An attempt to hurry things up can actually end up costing you valuable time.

Perhaps the biggest and most critical problem with attempting to handle a divorce case on your own is the possibility of forgetting or omitting crucial details that could come back to haunt you later. Parents need to be especially careful when handling divorces on their own, as parenting plans and child support calculations can be incredibly complex, and the risks associated with a vague visitation schedule are enormous. Not only can this lead to otherwise avoidable disputes between parents, but unraveling the mess later on could end up costing far more than it would have cost to simply do it right the first time.

Financial mistakes are also common among those choosing to handle their own cases, and these mistakes tend to be very costly. A recent article in the New York Times discussed the case of a woman who tried to file a divorce on her own, only to be rebuffed by clerks after making a formatting error. She then had a lawyer fix the document who informed her that if she simply waited a few months before filing, she would be able to claim a portion of her husband's pension. Though hiring the lawyer cost a few thousand dollars, the ongoing benefit of the advice was worth vastly more in the long run.