Desertion as a Ground for Divorce in South Carolina 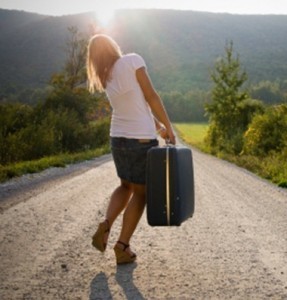 When your relationship has soured to the point that you are considering filing for divorce, it is understandable how someone would want to get out of the house as fast as possible. Leaving and living elsewhere happens all the time as couples prepare for divorce, but in some cases the decision to leave can lead to accusations of abandonment. However, desertion as a ground for divorce in South Carolina is one of the most misunderstood areas in all of our state's family law, as you will see below.

Under South Carolina law, desertion appears as one of a limited number of specific grounds for a fault-based divorce. In a fault-based divorce, one party's conduct is found to be responsible for the dissolution of the marriage, which is a determination that can impact other aspects of the divorce. Though desertion is not necessary to file for divorce (you can always file a no-fault divorce after you have lived apart for one year), it can give advantages in some cases.

South Carolina Code Section 20-3-10 lists all of the grounds for divorce in South Carolina. This section states that one party's decision to desert the other for a period of one year or more can serve as a basis for a fault-based divorce. However, in order for an absence to qualify as desertion, the deserting party must have no intent to resume cohabitation and the deserted party must not have consented to the desertion.

Unfortunately, many people mistakenly believe that if they choose to leave their home, their spouse will be able to immediately pursue a divorce on the ground of abandonment or desertion. The fact is that someone has to move out in every divorce, and it usually doesn't matter to court which party leaves. In order for the moving out to constitute a divorce ground, the person has to be gone for over one year, and it generally makes sense to pursue a legal separation or divorce soon after the parties separate.

Possible benefits of a fault-based approach

If you are a deserted spouse, you have to two options when filing for divorce: (1) file based on the no-fault approach or (2) file based on your spouse's decision to abandon the family. Though the length of time required for each is the same, in some cases there may be one or more benefits to pursuing the fault-based option, including a potentially more favorable allocation of assets during the equitable division process, consideration when the Court determines child custody, and an increased chance of being reimbursed for your attorney's fees and costs.

In South Carolina, marital misconduct can be considered by judges when determining matters like property division or alimony. Desertion qualifies as misconduct and might lead to a more advantageous split of communal property. Similarly, the spouse's decision to desert the family likely soured relations with his/her children, which may provide the abandoned spouse an advantage in a custody fight. Finally, desertion may also serve as the basis for a request for attorney's fees, because the Court can consider a party's misconduct in making such an award.