Disclosure of Text Messages During Divorce 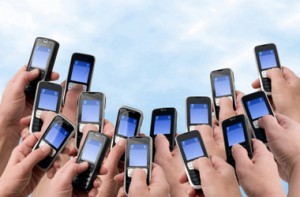 In an interesting family law case out of Maine, the state's Supreme Court ruled that a cell phone company broke the law when it agreed to hand over thousands of text messages in an especially contentious divorce case.

The case began when the divorce attorney for the husband subpoenaed U.S. Cellular for call and text records. Specifically, the man was after the transcript of messages exchanged between his wife and another man who he believed she was having an affair with. The husband also asked for and received messages between his wife and one of her health care providers. Surprisingly, U.S. Cellular agreed to the request and handed over 50,000 text messages to the husband.

The opinion by the Maine Supreme Judicial Court, written by Justice Donald Alexander, said that U.S. Cellular broke federal privacy laws when it divulged more than 50,000 text messages in the case. The opinion especially criticized U.S. Cellular, given that a protection order had already been put into place and the couple had separated their cell phone accounts. The judge wrote that U.S. Cellular should be reported to federal prosecutors for its disclosure of text messages during divorce that was in direct violation of the federal Stored Communications Act.

Justice Alexander noted that federal law clearly says the content of text messages must not be released except for law enforcement purposes without the express consent of the customer. Even law enforcement authorities must first get a warrant before accessing the messages. Nowhere in the Stored Communications Act does the law allow for text messages to be disclosed based only on a civil discovery subpoena.

The attorney for the husband in the case who requested the messages has been suspended from the practice of law for six months, a punishment that the Supreme Court decided was necessary to demonstrate how strongly it disapproves of the tactics used in the case. The majority's opinion went on to say that as Americans we should all be more concerned with how easy it is for someone to gain access to thousands of personal and private messages. The judge's hope is that legislators take action to remedy the situation before others suffer similar harm.

Source: “50,000 Texts Handed Over in Maine Divorce Case,” by The Associated Press, published at ABCNews.com.