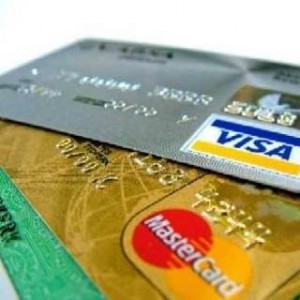 Americans are voracious consumers of debt. We rack up student loans debt, get car loans, and contend with mortgage payments and credit card bills. Surveys have found that the average American family with at least one credit card has somewhere near $16,000 in credit card debt – no small matter. The problem for divorcing couples in South Carolina is how this debt is ultimately divided.

Many people worry about divorce and credit card debt – specifically how that debt is divided following a divorce and they fear being held responsible for the wild spending of their spouse. The general rule in an equitable division state like South Carolina is that debts incurred during the marriage for marital purposes is marital debt, regardless of whether it's listed jointly or in only one spouse's name.

As mentioned above, even though a credit card is listed in only one spouse's name, it can still be a marital debt – even if the other spouse never knew of its existence. The key requirements for a debt to be marital are (1) it was incurred during the marriage and (2) for a marital purpose. In most cases, each spouse will end up being held responsible for paying the debts listed in his or her own name, but that's not a guarantee that things will end up that way.

What about joint debt?

What about joint credit cards? Many couples in South Carolina open credit card accounts jointly, preferring to use both of their incomes to establish a higher credit limit. When the account is joint, it is sometimes easier to understand why it will be considered marital. The Court will decide whether these debts will be divided between the parties or assigned to one spouse depending on what best fits into the overall asset-debt distribution.

What to do after the divorce?

If you have any joint credit cards you will most likely want to ensure that they are closed out entirely when you separate. Before this can happen, the bank will usually require that the balance be paid off, something that can be taken care of in the divorce settlement agreement. It is critical that any joint credit card accounts be shut down to all future charges when the marriage is over.

Failing to do so could result in numerous problems if your spouse goes on a spending spree using a card that you have signed onto, even if you are no longer married, as you could still be held legally responsible for the debt. To ensure you do not remain liable for future spending, close the accounts out and reestablish credit in your own name.