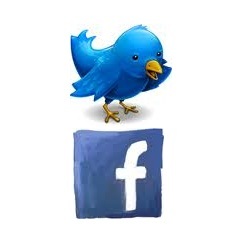 Social media use is rampant, with 57% of all American adults using Facebook (with 64% of Facebook users visiting on a daily basis) and 18% of online adults using Twitter (with 46% of those using it daily).  Bloomberg recently reported that the number of Americans getting divorced rose for the third year in a row. Is there any correlation between the two?

A new study by the University of Missouri found that active Twitter users are far more likely to experience Twitter–related conflict with their romantic partners, which then leads to negative relationship outcomes, including emotional and physical cheating, breakup and divorce. “The Third Wheel: The Impact of Twitter Use on Relationship Infidelity and Divorce” was published in the journal, Cyberpsychology, Behavior, and Social Networking.

However, Slate published an article that questions Clayton's findings for several reasons and whether Twitter and Facebook lead to divorce. First, it questioned the data sample, claiming that it only included people who heard about the survey through Clayton's Twitter feed or that of the Huffington Post. It also points out that he didn't compare the relationship problems of Twitter users with people who don't use the network at all or ask about relationship problems that arise outside of Twitter. You can gauge for yourself how significant these issues are.

What is undisputed is the survey a few years ago by the American Academy of Matrimonial Lawyers in which 81 percent of top American divorce attorneys stated that they have seen social media evidence increasingly used in divorce proceedings over the past few years. Our firm's senior partner, Ben Stevens, is a Fellow in the AAML and a noted technology expert, and he has dealt with social media issues in Family Court all across South Carolina for many years. If you are facing a divorce or have concerns about the impact of social media in your case, you are welcome to contact our office to request a consultation.