Do Women Want to Get Divorced More Than Men? 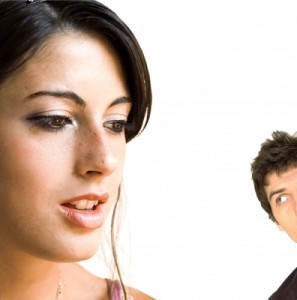 It's something many people considering a South Carolina divorce may not realize, but women initiate most of divorce cases filed in this country. That means most of the time it's women that are scheduling appointments with family law attorneys to discuss their options and how they want to get divorced or separated.

According to a variety of studies, women initiate 2/3 of all divorces (and even more of the separations) that occur in the United States each year. That percentage gets even higher among women who have more economic independence and thus feel less dependent on their husband's income. Race also has an interesting impact on these rates. White women lead the pack, with nearly 70 percent of women initiating divorces. Among U.S.-born Hispanics, this number drops to right around 50 percent. Foreign-born Hispanics initiate divorces around 40 percent of the time, while black women initiate divorce the least often, only around 30 percent of the time.

The most common reasons why women say they decided to get a divorce were verbal abuse and emotional abuse. In many such cases, men that were surveyed say they were caught off guard by their wife's decision, often viewing it as out of the blue. This conflicts with the women's statements that they had been unhappy for a long time and had previously voiced their frustrations to their partners, apparently to no avail.

Times have certainly changed, and as women become more and more financially independent and secure, their desire to tolerate unfulfilling marriages declines. If you are a woman thinking about getting divorced, contact one of our South Carolina family law attorneys, who can you navigate this difficult and confusing process.