Does a Child Have the Right to Choose Which Parent to Live With in South Carolina? 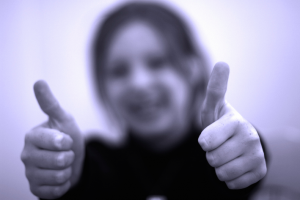 In almost every contested child custody case we encounter, one of the most asked questions is “Will my child be allowed or be able to choose which parent he/she wants to live with?”  In many cases, this is a perfectly reasonable question to ask, especially if there are allegations of neglect, abuse, or wrong-doing on the part of one parent that has affected the children. However, the answer to this seemingly simple question is complicated and depends on several factors which may not become apparent until well after the case has begun. So, does a child have the right to choose which parent to live with in South Carolina?

Despite popular belief, there is no specific age in South Carolina whereby the child gets to “choose where he lives.” Family court judges are hesitant, for good reason, to consider giving any child the “power” to tell his or her parents what he or she will or will not do. Separation and divorce can be an extremely difficult transition period for the entire family, and therefore it is crucial to the children's well-being and continued development to have some things remain constant in their lives. One constant should always be that the parents remain “the parents” and the authority figures for the children in order to maintain the parental-child relationships as much as possible.

However, there are cases where a child's preference may become relevant to the case and may actually be determined to be the best outcome for the child.  In short, the older the child is, the more likely it will be that his or her opinion will be considered seriously by the family court judge.  At the end of the day, the judge will examine the entire case to determine the “best interests of the child” and if the child is old enough and mature enough to articulate his or her opinion, with a reasonable basis for that opinion, the judge may very well accept that choice as the ruling in the case.  If a Guardian ad Litem has been appointed to represent the children's best interests, he or she will most likely be the source the judge turns to most readily in order to determine the maturity and reasonableness of the child's requests.

While there are no published opinions which show that the South Carolina Family Court will give deference to the opinion of a child under the age of 12, I have personally seen cases where the opinions and wishes of children as young as 7 or 8 were given some weight in the judge's decision due to the fact that their life experiences and maturity far exceeded their young ages.

There are a couple of published opinions in which children at the age of 12 and 14 were allowed to express their opinion and those opinions were given great weight by the family court judge.  In both cases, the age and maturity of the child was noted along with the fact that their opinions were reasonable given the facts of the case and were determined to be in their best interests.

For children over the age of 14, it is far more likely that a trial court will give a good deal of consideration to their wishes out of the concern for the emotional well-being of the children at this age.  The older and more independent a child is, the more difficult it becomes for the family court or the parents to physically enforcement a custody order without also risking emotional or psychological damage to the teen.