Does It Matter Who Files for Divorce First in South Carolina? 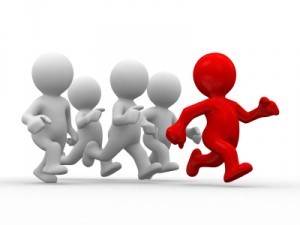 If you are facing a separation or divorce, you might be wondering if there are any benefits in being the first one to get an attorney and get your paperwork filed with the Court. After all, everyone says that the early bird gets the worm. So, does it matter who files for divorce first in South Carolina?

One of the biggest advantages to being the first one to file any Family Court case is that it allows you more time to get all of your information collected, reviewed, organized, and prepared. You are able to meet with and a hire a lawyer, determine what documentation will be needed in your case, and begin making financial preparations for the inevitable split, such as opening up your own bank accounts or credit cards.

Having the extra time to get all of this done first, rather than be surprised by being served with pleadings and notice of a hearing, can be a huge advantage. Rather than scrambling to hire a lawyer, get a response filed, and prepare for a hearing on short notice, you can be in the driver's seat, at least for the initial phase of the divorce process.

Politicians facing a scandal are often advised to “get out ahead of” the bad news, in other words to try and tell the story on their own terms. Doing this allows them to control the direction of the story, at least for a little while. The same advice holds true in a separation or divorce case. Though you may not be trying to control a scandal, it can still be beneficial to be the first one to make statements the Court about your marriage and the reasons for your divorce or separation.

The initial pleadings filed with the Court to begin the case contain the moving spouse's allegations as to the basis for the divorce. If drafted by an experienced family law attorney, they can be a good way to begin laying the foundation for the overall case that you intend to make and the story that you want to tell. By being the first to file, your pleadings will most likely be the first ones the Judge reads and your attorney will be the first one to make his presentation at most hearings. Getting your story on the record first and controlling how it is presented can potentially make a difference in how your case plays out.

Source: “What Are The Financial And Legal Advantages Of Being First To File For Divorce?,” by Jeff Landers, published at Forbes.com.