Does Permanent Alimony Have a Place in South Carolina Family Law? 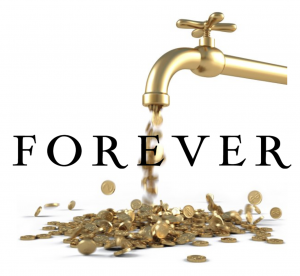 There's been a lot of controversy about permanent alimony in recent months. States like Florida and New Jersey are in the midst of campaigns to eliminate the existence of lifetime alimony awards, and many people, including those here in South Carolina who are facing the prospect of divorce, may be confused about what the whole debate is over.

Here in South Carolina, permanent periodic alimony is pretty much just what it sounds like. If a judge awards one spouse permanent periodic alimony, the other spouse must make payments, which will be permanent and ending only when (a) either spouse dies, (b) the supported spouse either remarries, or (c) the supported spouse cohabits with a romantic interest for more than 90 days. The payments are made periodically, as the name implies, generally occurring on a regular weekly or monthly basis.

So now that we know what permanent alimony is, does it ever have a place or is it as destructive as some groups claim? A recent article in Kiplinger Magazine discussed this subject, and its author concluded that while permanent alimony should only rarely be awarded, it does in fact have a place, even in the modern era of increased gender equality.

The author of the Kiplinger piece pointed out that in cases of especially lengthy marriages where one spouse was financially dependent on the other, permanent alimony can be a useful tool to ensure the dependent spouse is protected after the marriage is over. Other cases where permanent alimony can be useful include those where one spouse is in especially poor health, is handicapped, has little if any education or job skills, or where one spouse gave up a career specifically to support the other person's career or raise children full-time.

Though permanent alimony is described by the author as a good thing in some cases, he believes that all such alimony awards should be reviewable and modifiable if circumstances should change. In other words, if one spouse suffers a huge drop in income or the other spouse benefits from a windfall, then the alimony should be recalibrated to reflect those changes. To do otherwise would trap people in lifetime payments regardless of circumstances, something may appear to be more about punishing one spouse than supporting another.