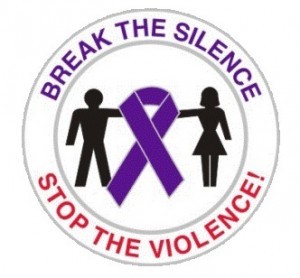 Domestic violence is horrible, yet it impacts millions of families every year. In many cases, domestic violence also serves as a catalyst for one spouse to file for divorce in an effort to end the abuse. Cases involving abuse (or allegations of abuse) are complicated, and when child custody or visitation are involved, they can be especially contentious. So how does the Court view domestic violence and child custody?

The short answer is yes, domestic violence or accusations of domestic violence can absolutely be considered in child custody cases in our state. South Carolina Code § 63-15-240(B) lists seventeen different factors the Family Court should consider in determining custody, which include the following:

(14) whether the child or a sibling of the child has been abused or neglected;

What are judges trying to decide?

In every child custody dispute in South Carolina, our judges are tasked with determining the best interest of the child. This means weighing a multitude of factors, one of which is the impact of domestic violence on the household and the child. Domestic violence is not, by itself, a determinative factor, but one that can be given important weight, depending on the specific facts of the case. Especially in those cases where the violence has directly impacted the child, judges will likely view a history of domestic violence as a serious, if not fatal, obstacle for a parent seeking custody.

What impact can domestic violence have on a custody case?

It's important to remember that there are no “one size fits all” rules when it comes to domestic violence and child custody disputes. Every case is different, and judges will base their rulings on the specific facts presented to them in each particular case. However, with that being said, in cases where domestic violence has been found to pose a threat or danger to a child or even to the child's other parent, it may serve as reason enough for most judges to deny custody to a parent.

In other less serious cases, a judge might consider or choose an alternative arrangement, such as ordering supervised visitation, which allows the parent time with the child while simultaneously ensuring the child's safety. Judges may also choose to restrict visitation at first, possibly by denying overnight visits for a period of time, and then reevaluating the matter at a later date to be sure that the child is safe and/or the parent has received counseling or other services before removing the restrictions or increasing his/her visitation time with the child.