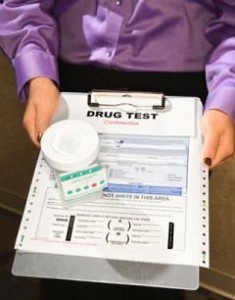 Recently, a family law expert, Henry Gornbein, wrote an editorial for the Huffington Post dealing with the effect of medical marijuana laws on custody disputes. The article concluded with a discussion about how even in states where medical marijuana is legal, a spouse possessing a valid medical marijuana card should still refrain from partaking while in front of their children. Gornbein went so far as to suggest that custody schedules should be altered to take into consideration times where the one parent would be using their medicinal marijuana.

The article is an interesting one in the context of how criminal law has collided with family law, and it also brings up the role of drug testing in divorce cases here in South Carolina. Drug testing can have a profound impact on some custody cases in our state. Given that South Carolina is a state where all marijuana use is illegal, a positive drug test can make the difference between custodial parenthood and supervised visitation. I certainly cannot envision a case where a Family Court in South Carolina would design a custody schedule around a parent's marijuana habit.

Parties might request a drug test to provide evidence of habitual drug use in order to attain a fault divorce. One spouse may also request a drug test if there is a heated custody battle and drug use has been alleged. They may be after sole custody of the children and are hoping their ex will fail a drug test. Such failed drug tests can also be a basis for altering a custody agreement.

Drug testing can be ordered by courts in instances where substance abuse is suspected. Such testing can be requested by motion of either party or the Guardian ad Litem, and it will be up to the Judge to determine whether or not to grant the motion.  Additionally, Judges can also require drug testing on their own without a motion. Typically a Judge will order drug testing, or grant a motion for testing, if he or she has reason to believe that drug abuse is occurring.  Evidence of drug abuse might include information that you provide, witness testimony, or recent prior drug convictions. Drug testing can also be made a condition of custody or visitation agreements in cases where that is a pressing concern.

If you find yourself facing the prospect of a child custody, visitation, separation, divorce, or other family law issue, you need the help of an experienced South Carolina family law attorney to guide you through the difficult process.

Source: “Pot Smoking Vs. Medical Marijuana: What Are The Implications In A Custody Dispute?,” by Henry Gornbein, published at HuffingtonPost.com.