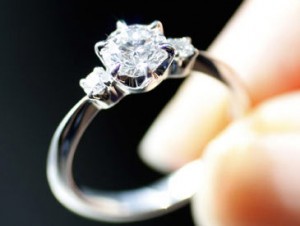 First, did the couple marry or was the engagement called off prior to marriage? If the couple went through with it and divorced later, several South Carolina court cases have sided with the women, deciding the ring amounted to a conditional gift in contemplation of marriage. Because the marriage ultimately happened, the condition was fulfilled and the ring thus becomes the rightful property of the wife. Additionally, the ring is not subject to the usual equitable division process because it was technically given to the women prior to the marriage, and is thus considered her premarital property.

But what if the marriage never happened at all? It gets more complicated in these cases and often boils down to a debate over whether the ring was given as a completed gift or a conditional gift. For a gift to be considered a complete gift the person giving it must have intended it as a completed gift, it must be delivered to the person receiving it and it must be accepted by the other person.

However, under a different legal theory, many courts view engagement rings as conditional gifts. This means that the gift is not actually a gift until a future event takes place, in this case, a wedding. An interesting case out of New York tackled this very issue and ended with a somewhat surprising result. That's because normally when courts wrestle with engagement rings, the ring must be returned to the man who gave it under the conditional gift theory. In this case, however, the woman walked away with a pricey piece of jewelry.

The New York case started after Christa Clark says her fiancé broke off their engagement by sending a text message late one night in 2012. Clark was horrified and responded to the breakup text by saying “You're doing this through a text message????” Clark argued that she should be allowed to keep the hefty 2.97-carat diamond ring, worth an estimated $50,000, because the gift was a completed gift.

The judge deciding the case wrote that ordinarily the conditional gift theory would apply and Clark would be forced to return the ring, despite her fiancé's horrible behavior. However, another one of the man's text messages ended up costing him a pretty penny. After exchanging a few more hurtful text messages, the man replied saying, “Plus you get a $50,000 parting ring. Enough for a down payment on a house.”  The judge said that this message transformed the conditional gift into a completed gift and proved that the ring was meant to be a final gift. Though the marriage didn't work out, Clark does have a valuable keepsake to remember the good times.