What Does “Exclusive Possession of the Former Marital Home” Mean? 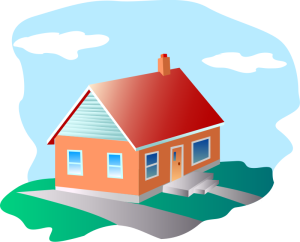 In South Carolina, when people separate or divorce, one spouse is typically awarded “exclusive use and possession” of the marital home.  This is usually implemented at a temporary hearing soon after the parties separate, but it is subject to change at the final hearing.  In either case, an Order is issued specifying who has possession of the residence (and who doesn't).

If your spouse is granted exclusive possession of the former marital home, it means that you can no longer come and go from the residence as you did prior to the separation – even if all of your clothing is there; even if your other personal property is there; even if you are still paying all the bills to maintain the residence; and even if it is titled partially or solely in your name. Likewise, the flipside is true if you are granted exclusive use and possession of the home.

Should your spouse violate that provision, your options include: (1) pursing a contempt action (known as a Rule to Show Cause) in Family Court; (2) contacting your local law enforcement agency to pursue criminal charges of trespassing and/or burglary; and (3) both of the above. Violating the terms of an Order can result in a finding of contempt against you, for which the penalties can include up to: (1) one year in jail; (2) $1,500.00 in fines; (3) 300 hours of community service; or (4) any combination of those the judge deems appropriate.  Being convicted of a criminal offense can result in jail time, probation, and/or fines.

This issue previously made news here in South Carolina when former governor Mark Sanford was accused by his ex-wife of trespassing at her home (which she received in their divorce in 2010). Their divorce decree stated that neither may enter the other's home without permission, but he was allegedly caught leaving her home (at night by a rear door, using his cell phone for a flashlight).  Further, it appears that this was not the first time this has been a problem, as Ms. Sanford's attorney sent a letter to him in February of 2011 instructing him not to trespass on her property.