Factors to Consider When Deciding Visitation for Out of State Parents 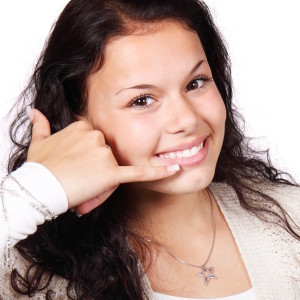 Custody and visitation disputes are often among of the most difficult types of Family Court cases in South Carolina. They are complicated, both emotionally and logistically, which often leads to disagreement between the parties. This is doubly true in cases where one parent has moved or is planning to relocate out of state. Keep reading to find out some of the things that should be kept in mind when deciding on a visitation for out of state parents.

It is incredibly helpful when dealing with out-of-state visitation for both parties to be flexible. Ideally, both parties will be prepared to give a little and recognize that for out-of-state visitation to work, it may not always be possible to split holidays in the same way that families living in the same city might be able to do. They may want or need to consider alternate holidays instead. While this may not be ideal, it's often the best way to ensure both parents have a chance to build and maintain close relationships with the child. Also, keep in mind that custody schedules should always focus on what's best for the child – not what's most convenient for the parents.

The expense associated with visitation for out of state parents is something that those who live in the same city never have to consider. For parents located several hours away from one another, the reality is that shuttling back and forth can get pricey. Airplane tickets are very expensive, and even gas money and hotels for those driving adds up, especially over time. Make sure you consider who will be responsible for paying these costs when negotiating any settlement agreement. The more detailed the plans are, the less likely there will be disputes later on.

Even those with the most flexible schedules won't be able to spend the time they may want with their child, as the distance may simply be too hard to entirely overcome. As a result, it's important that out-of-state parents be given time to communicate with the child when he or she is at the other parent's house. Determine whether you need a set schedule, a minimum number of contacts per week, or some other arrangement to ensure that you can keep in touch with your child, whether by phone calls, emails, text messages, or videoconferences. This will allow you to play a more active role in the child's life without being physically present.