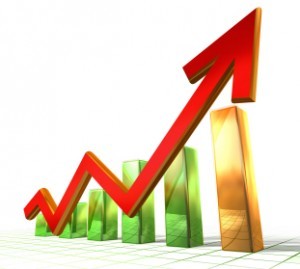 Most people would agree that a growing economy is a good thing. After all, the unemployment rate is the lowest it has been in years, consumer spending is booming, and the housing market is finally on the upswing. What's not to like? According to family law experts, one worry of the growing economy is that it will lead to growth in another area: divorces.

Study after study has confirmed that when the economy suffers, so does the divorce rate. This happens for a variety of reasons. For one thing, people are unsure of their employment prospects and are not willing to gamble on a life alone when their jobs aren't assured. For another thing, divorce can be a costly process, and the expenses may not make sense in a time of financial stress. As a result, unhappy marriages languish along for longer than during good economic times. Sociologists have studied the issue and found that between 2009 and 2011, some of the worst years of the downturn, there were 150,000 fewer divorces filed than demographic surveys would have predicted — likely a result of the financial distress.

Perhaps the most important factor in a divorce, at least financially speaking, is the marital home. During the downturn, real estate prices tumbled, and divorce lawyers began seeing something they hadn't in years: couples struggling with homes that had decreased in value. Rather than dividing what is usually the most valuable piece of a couple's financial portfolio, couples were fighting over who was left to foot the bill. The fact that the housing market has turned around and homes are once again appreciating in value could serve as an important catalyst in making divorce less economically painful.

Now that the economy appears to have turned a corner and improved, family law experts believe that there will a consequence in the form of a higher divorce rate. Couples who have been suffering through bad marriages for years may finally feel enough financial freedom to call it quits. Though this may not be good news for everyone, those who have been unhappy but felt trapped may soon experience some relief.