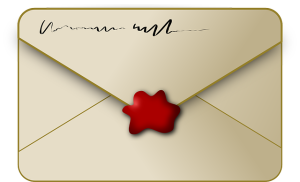 The Governor of Alabama is now a single man, with his divorce being finalized this past week. Governor Robert Bentley officially ended the 50-year marriage to his ex-wife Dianne and, to the surprise of some, agreed to unseal the records associated with the divorce.

The divorce process began only a month ago, with the Governor's family law attorney filing a motion asking that the records related to the divorce be sealed. Ordinarily, divorce records remain open, and judges are very reluctant to agree to such a request. The reason is that court records are meant to be free and open to the public. However, the judge presiding over the case was convinced the request was justifiable because of the Governor's prominent position in Alabama, and it would be in the parties' best interest if the public were denied access to the records.

In a surprising about-face, both the Governor and his wife decided to lift the seal, turning open the divorce records for the public to review. The decision was made the same day the divorce was finalized. The Governor issued a statement saying that he and his ex-wife reached a mutual agreement on the subject and asked the judge to unseal the documents so the public and the media would have full access.

The lifting of the seal, though a good thing from the perspective of freedom of information, did not reveal any especially interesting news. The records were largely standard, involving a divorce that is said to have happened because the marriage was irretrievably broken. The division of assets was also fairly standard, with the Governor receiving the couple's main house and his wife receiving their vacation home. The household furniture was fairly evenly divided, as were the cars and life insurance. The Governor will walk away with Tide Pride membership and the accompanying annual Alabama football tickets, something he apparently insisted on as part of the settlement. Beyond that, the records reveal that though the couple was high profile, the divorce itself was very ordinary, with the Governor and the First Lady dividing assets much like millions of other couples.