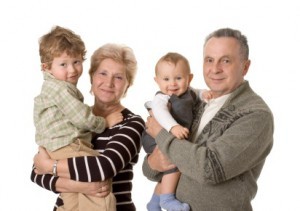 There have been several prominent cases across the country where grandparents sue biological parents for visitation rights. These custody disputes can become especially tricky when both parents are already involved in the child's life, meaning a third or potentially fourth party attempts to intervene in an already divided custody situation. If the dispute has reached the stage of a lawsuit, relations are almost always strained, creating a very difficult situation for everyone involved. What ability do grandparents in South Carolina have to intervene in custody cases? Keep reading to find out.

The short answer is that South Carolina is among those states where grandparents have a more difficult time intervening and suing for visitation. Grandparents eager to have a legal right to spend time with their grandkids face an uphill battle, though, in some very specific circumstances, they can prevail.

The first important development in South Carolina regarding grandparent visitation was a 2003 South Carolina Supreme Court case,Camburn v. Smith. In that case, the Court held that visitation could not be awarded to grandparents over the objection of otherwise fit parents. The justices decided they would not take custody away from good moms and dads in favor of a grandparent. Instead, the grandparent would need to demonstrate that the parents were unfit using clear and convincing evidence.

Years after the Camburn case, the South Carolina legislature adopted a measure to speak directly to the issue. The new law, adopted in 2014, said that family court judges can only award grandparents visitation in a limited number of cases. One option is if the biological parents are deceased. Another is if the parents are divorced or living separately, but only then if several other hurdles are cleared. First, the parents must have unreasonably denied contact with the grandchildren for a minimum of 90 days. Second, the grandparent visitation must be found not to interfere with the relationship between the parent and child, a relationship the law deems the most important.

Finally, after clearing these hurdles, visitation may be awarded by a judge provided that the parents are either deemed unfit or that the court finds that there are compelling circumstances that would overcome the standard presumption that the parent's decision to deny contact with the grandparents is in the child's best interest.

These things must all exist for a grandparent to receive visitation. Given this high bar, South Carolina is known as a very restrictive state when it comes to grandparents' rights.