What Happens if You Don’t Pay the Guardian ad Litem in South Carolina? 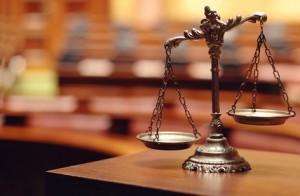 It is no surprise that contested child custody battles are some of the most expensive litigation cases in a South Carolina family court. When each party hires an attorney, retainers can range from a couple thousand dollars to several thousand dollars, depending on the facts and circumstances. Further, these retainers must be replenished often if the litigation remains hotly contested or if the course of litigation brings unexpected issues which require more of the attorney's time than originally predicted.

However, when you retain an attorney for a child custody matter, the terms of your retainer agreement usually spell out when your payments are due. It will typically also spell out what conditions of non-payment will allow the attorney to withdraw from the case. This is not the case with non-payment to the Guardian ad Litem (GAL), who is appointed to your case by the Court.

The GAL is a court-appointed agent of the Court who is tasked with a set of duties to provide for the Court during the course of a contested custody case. Due to the fact that the Family Court system is not funded to allow these GALs to be paid by the Court or the State, the parties are typically placed under an Order to pay the initial retainer of the GAL (usually equally split between the parties) and to continue to pay the fees of the GAL on a monthly or bi-monthly basis as invoiced by the GAL. A typical retainer for an average contested custody matter ranges from $1,500.00 to $3,500.00. The Court also sets the GAL's hourly rate which can range from $75.00 per hour to $250.00 an hour, depending on whether the GAL is a lay person or attorney and depending on the complexity of the case. One final figure set by the Court is the “GAL fee cap” or the maximum fees which can be billed to the parties without either a Consent Order signed by the parties and their attorneys raising the fee cap or another Order of the Court raising the fee cap.  Typical fee caps range from $3,500.00 to $7,500.00.

Many folks mistaken believe that once they pay the initial retainer to the GAL, they no longer have an obligation to remain current with their payment of the GAL's fees throughout the case. However, a careful read of the standard Order to Appoint a GAL will show that the same penalties for non-compliance apply to these Orders just as to any other Family Court Order. Therefore, if a party decides to not make the proper or timely payments to the Guardian ad Litem in South Carolina he or she may be found to be in willful contempt of a court order and may face any of the following consequences (or a combination of them):

Even if the person is found to be in contempt and sentenced to one (or more) of these consequences, the balance is still due to the Guardian and the deadline for such payment is set by the Court. Oftentimes, the judge will order jail time for the delinquent party and allow the person to “purge” themselves of the sentence with payment in full made immediately to the GAL.  While the GAL costs are not necessarily costs parties budget for when beginning a family court case, it is imperative to keep on top of them throughout the case and if the balances exceed your budget, communicate with your attorney and the GAL to work out appropriate payment plans in order to avoid a contempt finding.