What Happens When Someone Does Not Pay Child Support 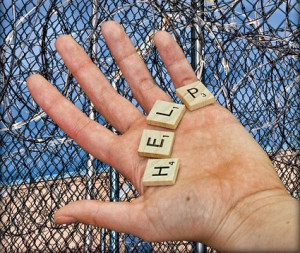 The hope is that when parents don't live together, they both understand it is their obligation, both legally and morally, to step up and care for their children. Part of doing so means that both of them should take some financial responsibility for the children, often in the form of child support. Though we might hope that all parents would willingly contribute, the reality is that some may not. So what happens when someone does not pay child support in South Carolina? What are the consequences?

If a parent falls behind on his/her child support payments, the other parent has can file a Rule to Show Cause, which requires the person who has stopped paying to appear before a Family Court judge to explain why. Put another way, the person must give cause as to why they shouldn't be held in contempt of court.

If the payor is making the child support payments through the clerk of court, the clerk may automatically issue a Rule to Show Cause when the person falls far enough behind. In cases where the parent is paying support directly to the other parent, the court will not know that the payments are behind and it is left up to the parent receiving the support to raise the issue and file the necessary paperwork with the court to have a Rule to Show Cause issued.

So what are some of the possibly punishments that a parent behind on child support payments could face? First, the parent could be found in contempt of court, because the failure to make the required payments is actually a violation of a court order. Falling behind on these payments therefore amounts to failure to follow a court order and exposes the person to contempt charges. Contempt can carry jail time, fines, and/or community service – in addition to being required to pay the amounts owed to the other parent.

It is also common for the court to require those delinquent on their child support payments to begin paying through the clerk of court (if they are not already doing so) and to have their payments automatically made by payroll deduction. Further, they may also be excluded from certain government benefits, such as having a passport issued, and certain professional and other state-issued licenses may be in jeopardy until the child support payments are brought current.

As mentioned above, a person behind on child support also faces the possibility of jail time. While this may sound harsh, the court's primary concerns are the well being of children and ensuring that its orders are followed. The reality is that most of the them when someone is put in jail for willfully violating a court order, they typically “magically” come up with the money to catch up the delinquent payments. Plus, the possibility of jail time a very good (and sometimes the only) motivator to encourage some people to meet their court-ordered obligations.