What Happens Between Stepparents and Stepchildren After a South Carolina Divorce? 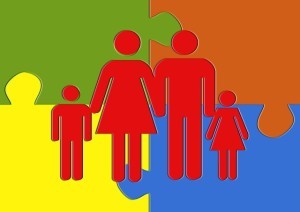 In any Spartanburg County or Greenville County divorce, custody and visitation rights are always of crucial importance for the parents who are involved. Parents are understandably eager to remain actively involved in the lives of their kids and regular visitation, or “parenting time”, schedules is one way to ensure that happens. But what happens when couples divorce in second marriages, and stepchildren are involved?

A new study tackled this very subject and found some interesting answers. The study was conducted by the University of Missouri College of Human Environmental Sciences. It set out to study what happens when couples divorce and stepparents find themselves separated from the stepchildren they grew close to after years of marriage and more than likely, helped to raise. The group found that children take their cues from their parents when deciding whether to continue relationships with their former stepparents. More specifically, the study showed that children end up maintaining ties with their former stepparents only in cases where parents actively encouraged them to continue doing so.

Researchers say they interviewed dozens of adults who, while children, had experienced a divorce involving stepparents. Of this group, half say they viewed their stepparents as family, something the researchers referred to as “claiming kin”. Of this group, half maintained relationships with their former stepparents, while half did not. The study acknowledges that divorce among stepfamilies can be very confusing. Unlike divorce between parents, there are usually no blood or legal ties between the parents and children. Given the complicated nature of some second marriages, it is easy for stepparents and stepchildren to become separated during a divorce.

Further, researchers say the study highlighted how little of a voice children often have during a divorce. This is true in divorce cases for first marriages and doubly so during divorces with stepparents. The determining factor regarding whether a child continued a relationship with a stepparent was whether the parent supported such continued contact. Parents should understand the powerful role they play in this equation and, if the relationship with the stepparent was a meaningful one, action may need to be taken to ensure the relationship endures.

However, it is important to note that South Carolina family law will not automatically include visitation rights for a stepparent unless there is an overwhelming psychological or emotional need to do so.  Even then, if the biological parents do not agree to the continued contact, it likely will not be ordered. The Family Court will generally give great deference to the biological parents' opinions of the departing stepparent and will not entertain claims of visitation rights for an unrelated party.