How Are Cars Divided in a South Carolina Divorce? 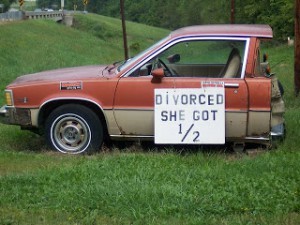 Everyone knows that during a South Carolina divorce you'll have to figure out ways to divide your assets fairly. That means houses, furniture, bank accounts, retirement funds, stocks, bonds, etc. Something that many people forget about is the family car. Vehicles are property too, and it can be tricky in certain situations when deciding how to divide things fairly. So how are cars divided in a South Carolina divorce?

South Carolina is a state that uses a theory called equitable division in divorce cases. That means that during a divorce, a couple's assets are split equitably, though not necessary equally. The default rule when it comes to vehicles is that each person typically keeps the car that he or she regularly drives. Not only does the party keep the car, but that person will also be responsible for all associated expenses. That means car payments, maintenance costs, taxes, repairs, and insurance all usually become the responsibility of the party that receives the car.

While this is a relatively simply concept, it can become more complicated in practice, depending on how many cars there are and whose name appears on the title and car loans. For instance, in cases where one party drives a car and both names appear on the title, but the other party's name appears on a car loan document, refinancing might be in order. If you will not keep the car but your name is on the loan, it makes sense to include a provision in the settlement agreement requiring your spouse to refinance the loan to take your name off of the debt. This protects you in the event that your spouse fails to make timely car payments. The reality is that without refinancing, car companies will come after whomever's name is on the loan – regardless of who actually has the car.

As this example illustrates, simply splitting cars according to who drives them is not always as easy as it sounds. Debt and loan payments factor into the process, and any South Carolina couple facing such issues should consult with an experienced South Carolina family law attorney to get advice on the best way to move forward.