How Are Gifts Divided in a Divorce in South Carolina? 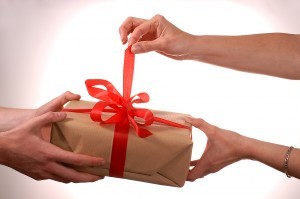 “It's better to give than to receive.” That may be true in general, but not if you're going through a separation or divorce. So, how are gifts divided in a divorce? In South Carolina, gifts are placed into a special category when dividing the marital assets and debts. Gifts can be classified as either marital property (and thus subject to equitable division) or separate property (and not), depending on who gave the gift.

Who cares about gifts?

You may be wondering why the issue of gifts even matters. After all, who would want to fight over an old toaster? Though it's likely someone has waged battle over an old toaster at some point, the real issue is the bigger ticket items that may have been received during the course of a marriage, particularly those which have substantial value. Examples include real estate, valuable pieces of art, antiques, heirloom jewelry, vehicles, or even cash.

How are gifts from third parties handled?

Gifts from third parties are dealt with in a different way than other assets accumulated during the course of a marriage. Rather than classify these gifts from family and friends as marital property, courts generally consider items given to one spouse by a third party to be separate property. This means that the expensive diamond ring your grandmother gave you will end up with you and is probably safe from equitable division, regardless of how the rest of the assets are divided. However, if a gift is given to both spouses, then it will most likely be considered marital property and subject division like any other asset. In the case of cash gifts, it sometimes comes down to whose name is / isn't listed on the “Pay to the Order of” line on a check.

How are gifts from spouses handled?

Though gifts from third parties receive special treatment, gifts from one spouse to another are more complicated. In this area, it is often difficult to determine whether something really was a gift, because parties' testimony will often be dramatically different on that issue. If it was a gift, the “giver” will argue that marital money went towards the purchase of the item, that it remained within the household, and possibly even that it transmuted into marital property. These are just a sampling of the different types of issues that the court must address when dealing with this topic.