How to Avoid Costly Divorce Mistakes (Part 2 of 2) 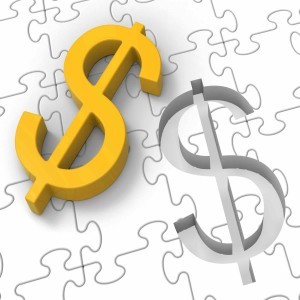 Continuing the discussion from yesterday, this article will discuss ways to avoid other costly divorce mistakes commonly made by those in the midst of a divorce or separation. To avoid making the divorce process even more expensive than it has to be, continue reading the following sage advice from experts interviewed in the Wall Street Journal:

Though it can be easy to succumb to the desire to punish your soon-to-be former spouse, remember the following words of wisdom: The less you spend, the more you keep. It's just as true when it comes to your divorce as it is with any other financial matter. Be very wary of hiring attorneys or other experts who are eager to push you into an aggressive and confrontational divorce if that can possibly be avoided. Though you should absolutely fight for what you are entitled to, pushing to get even more can ultimately be counterproductive. Bitter battles over money can leave couples with less money to divide between themselves.

Though it's something that most people would prefer to avoid, the reality is that taxes consequences are an important consideration in a separation or divorce, especially those involving larger pools of marital assets. Helping identify issues like these is a perfect illustration of why you need an experienced, knowledgeable South Carolina family law attorney on your side. For instance, the Wall Street Journal article gave a great example of how important this can be. An expert noted that a husband in one case offered to give his wife a retirement account worth $2 million, while he would kept a different account, also worth $2 million. So what's the problem? Sounds fair, right? Wrong. The wife's account was worth $2 million in tax-deferredretirement savings while the husband's was after tax. That means the wife would face steep penalties if she ever need to access the money before retirement – something the husband wouldn't.

Some couples are both ready to collapse as soon as their Divorce Decree is signed, as the process can be long and draining even under the best of circumstances. However, experts point out that they shouldn't rest just yet, as there still remains important work to be done. For example, those going through a divorce should be sure to change their beneficiary designations on their life insurance policies, retirement accounts, etc. – all of which can easily slip your mind. Additionally, both parties should update their Wills and their estate plans after the divorce is final. After all, you don't want your ex-spouse to still be listed as inheriting your estate or being your medical power of attorney.