How Does Willful Underemployment Impact Child Support in South Carolina? 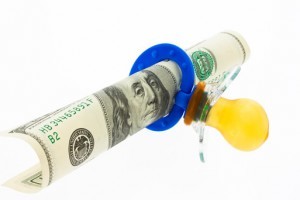 South Carolina Family Courts have dealt with this issue before, most notably in Sanderson v. Sanderson. In that case, the husband and wife had been married for more than 20 years and had three children together. The wife sought a divorce based on the husband's adultery. At the time, the husband was making $95,000 a year as an upper-level corporate manager. He was ordered to pay child support, and he did for about six months until he lost his job.

The wife then alleged that he was purposely unemployed in an attempt to avoid paying support to her, and the Family Court judge agreed. When determining his child support obligation, the court imputed income to the husband of $64,000 per year, finding that he had earned at least that much for more than a decade. His child support was then calculated using that amount, money the husband did not actually have.

The husband appealed his case, and the South Carolina Court of Appeals determined that the family law court had abused its discretion by imputing $64,000 in income to the man. The Court of Appeals said that South Carolina Child Support Guidelines are clear in stating that before a judge can impute income to a parent who is unemployed or underemployed, the court must look at that person's employment potential, their work history, qualifications, and available job opportunities. The Court also said that the motivation behind any reduction in income should be considered when deciding whether to impute income.

In this case, the appellate court said there was no bad faith on the husband's part, in that he lost his job due to no fault of his own and that he paid support until he couldn't do so any more. That being said, the Court found that it was “incredible” that the man could not find any work, and it stated that some income should be imputed to help provide for his ex-wife and children. The Court of Appeals remanded the case to the lower court with the condition that the trial court more accurately determine the husband's potential earning ability.

The bottom line is that in South Carolina, judges have the ability to impute income to a party based on what he or she could earn if using his or her best efforts to find employment. Courts say that an award of alimony or child support in such cases is proper, even if it exhausts the unemployed spouse's actual income.